These PODS are comprised of the men and women who serve the public daily by patrolling Dayton’s streets and responding to calls for service.  Several detective units also work out of the PODS, including Property Crimes, Financial Crimes, and Traffic Services.

Calls are routed to one of three (PODs), based on geographic location. 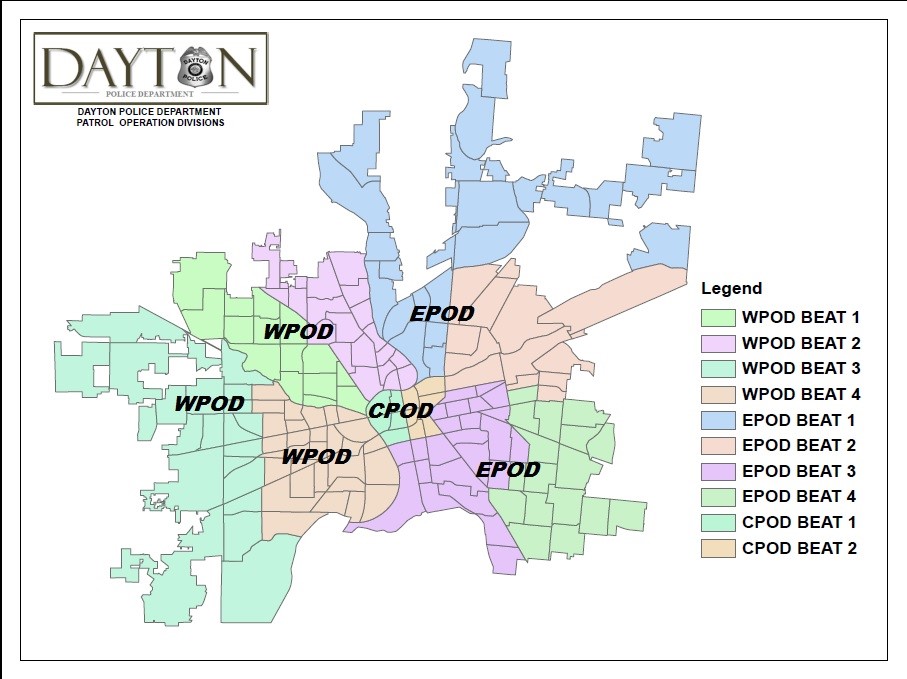