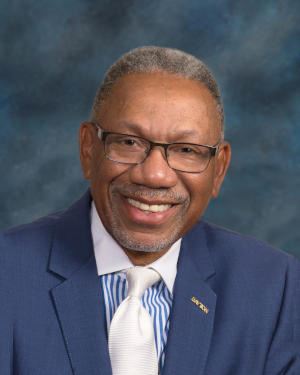 Mayor Jeffrey J. Mims, Jr., joined the Commission in January of 2014 with a distinguished history in public service.

Mayor Mims was the Third District Representative for the Ohio School Board and is past president of the Dayton Board of Education (2008-11), after retiring from Dayton Public Schools with more than 35 years of service, serving recently served as Director of Government and Community Relations and Compliance. His diverse work within the district included garnering support for equitable funding of Ohio's public schools, and his efforts helped pave the way for Ohio's New School Facilities Program. He was elected President of the Dayton Education Association (DEA) for six consecutive terms (1983-88). As President of the DEA, Mr. Mims negotiated the district's first multi-year contract between the DEA and the Dayton Board of Education.

For the past 40 years, whether as a teacher, a coach, a community volunteer, or president of the Dayton Education Association, Jeffrey Mims has committed to making the city of Dayton and the Dayton Public Schools strong partners in developing a "Champion City and School District" and improving the quality of life for Dayton citizens through education.

Additionally, Mayor Mims is a Vietnam veteran, (Air Force Commendation Medal with the 604th Air Commando Squadron), a member of the Kappa Alpha Psi Fraternity, Inc., the Beautillion Drillmaster Mentor with the Jack and Jill of America, Inc. (37 years), a chef with the Links "Cooking Men" (18 years) and a volunteer with the YMCA Mentors Matter program, the Dayton Youth Golf Academy (he is an avid golfer and has won local championships).

Mayor Mims is a National Education Association Human Relations Awardee, a Dayton Top Ten African American Male and an Alpha Kappa Alpha Sorority "Strength and Perseverance" awardee. He has two children, Cory (Monique) and LaDawn (Derrick). Both are proud graduates of Dayton Public Schools and graduates of higher and post-graduate education programs. He also has three grandchildren.
Save 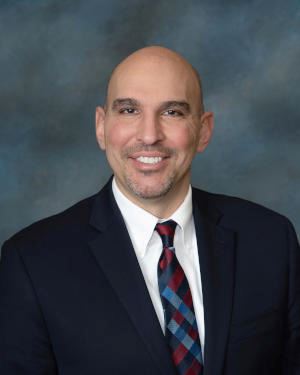 First elected to the Dayton City Commission in 2004, Matt Joseph is currently serving his fifth term. With extensive legislative and management experience, and a depth of civic and community service skills, he is dedicated to making Dayton a great place to live and a welcoming place to do business.

As Commissioner, he is committed to improving Dayton's housing stock, beautifying neighborhoods, improving safety, and attracting and retaining talented young professionals and entrepreneurs. He currently serves as the Chair of the Welcome Dayton Committee, a community initiative that promotes immigrant integration into the greater Dayton community. He also has been a strong advocate for making the changes needed to make sure that the city organization and residents are operating in a sustainable and environmentally friendly way. He spearheaded the adoption of the Dayton Sustainability Plan, and led the push for electric aggregation, which now enables Dayton residents to choose 100% renewable electric power at a competitive price.

Perhaps most importantly for Dayton residents, through the years of difficult budget times he has led the efforts to continue to provide the essential services that residents need and deserve. He has successfully advocated for the consolidation of City offices into City-owned buildings (moving out of leased space), saving the city thousands of dollars every year. Commissioner Joseph has championed the use of technology to reduce costs and improve efficiency, including moving Commission documents online from paper, and implementing VOIP, RFID and hand-held computing technology in order to better serve citizens. He has championed development in the city, including Tech Town, where innovative technology jobs are being created on former brownfields sites. In partnership with the City Manager, he led a task force seeking ways for the City to improve communication and coordination with Wright-Patterson Air Force Base.

Prior to his election to the Commission, Commissioner Joseph served as Chief Deputy Clerk of Courts for Montgomery County and was responsible for helping manage a staff of 125 and an annual operating budget of over $7 million. Earlier in his career, while serving as Legislative Assistant to U.S. Congressman Tony Hall, he worked to ensure that Dayton was well-represented in Congress and gained valuable experience helping to create thoughtful legislation and guiding it through the House of Representatives and into law. As a legislative staffer, he advised Congressman Hall on the environment, education, labor policy, space policy and missile systems, and gained in-depth knowledge on these and other issues.

Commissioner Joseph has experience in education and in the private sector. He worked at the University of Dayton on education and business projects designed to reinforce the peace in and strengthen the economy of Bosnia and Herzegovina. He also served as a project coordinator for a non-profit working to reduce predatory lending and bring homeownership opportunities to people who might not normally have them. He worked as a consultant to NASA in the field of technology management and strategic planning, and managed a program that improved cost, quality, and schedule of the depot maintenance of US Air Force aircraft. He is currently employed by Sierra Nevada Corporation as a Principal Logistics Engineer.

Commissioner Joseph is an active member of the Dayton community, serving on the boards of the Dayton Sister Cities Committee and the Miami Valley Regional Planning Commission. He coaches or has coached youth baseball, basketball, volleyball, and soccer. He served seven years as President of the Board of Directors of the House of Bread, and proudly served on the Southeast Priority Board, the Board of Directors of the National Conference for Community and Justice, Film Dayton, the Neighborhood Schools Centers Oversight Council, the Mother Brunner Literacy Center, and the Board of the Miami Valley Fair Housing Center. A graduate of Carroll High School and the University of Dayton, Commissioner Joseph earned a master's degree from George Washington University in Washington, DC. Commissioner Joseph is married with two children. 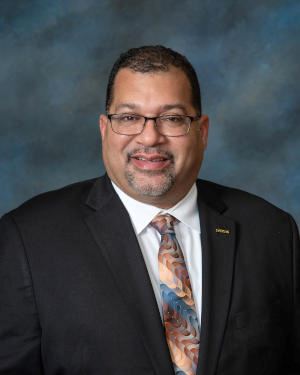 Chris is currently the owner/operator of a textile cleaning business that is over 100 years old. Shaw Cleaners is a full-service commercial and wholesale dry cleaning and laundry business. For almost 20 years Chris has grown the business into one of the Dayton region's premiere textile cleaning businesses specializing in the hospitality, logistics and entertainment industries.

A respected community leader, Chris has served as the Economic Development Committee Chairman for the Dayton Unit NAACP and Chairman the Greater Dayton Chamber of Commerce. Chris is known for his ability to lobby business and political stakeholders on behalf of his many community constituencies.

Through the years, his efforts in Dayton have included: 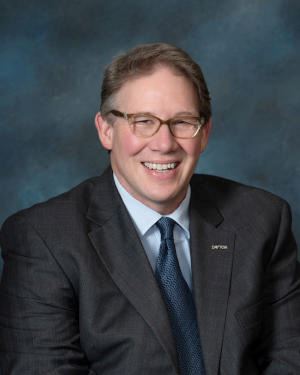 
Elected to a partial term in May 2018, Darryl Fairchild was sworn-in to his first full term as a Commissioner in January of 2022. He is focused on promoting good schools that anchor safe neighborhoods, supported by living wage jobs. Dayton’s future depends on all three of these building blocks of a healthy community, moving forward together.

In addition to his role on the City Commission, Darryl is an ordained United Methodist minister and is the Manager of Chaplain Services at Dayton Children’s Hospital. From 2008-2012, he was a community organizer with Lift Greater Dayton, a local affiliate of the Industrial Areas Foundation and a part of Ohio IAF. Lift Greater Dayton organized churches, schools, community centers, and unions to work for justice and a better Greater Dayton. In 2008, Ohio IAF ran the largest non-partisan voter mobilization effort in Ohio. He has served in a variety of ministries including local churches, United Theological Seminary, and as the Executive Director of the Greater Dayton Christian Connections. He has taught as an instructor at the University of Denver and United Theological Seminary.

Commissioner Fairchild is a graduate of United Theological Seminary and the University of Cincinnati, after attending Dunbar High School and graduating from Belmont High School. He also attended the Joint Doctoral Program at the University of Denver and Iliff School of Theology.

A lifelong Dayton resident, Darryl grew up in Belmont and now lives in the Dayton View Triangle neighborhood. He is married to Kim, with whom he has a daughter, Maya. Two cats, Spanky and Marley, fill out their family. In 1992, he was involved in a bicycle accident that resulted in a fractured back and spinal cord damage that left him paralyzed. He is an avid hand-cyclist and has competed in the Air Force Marathon many times. 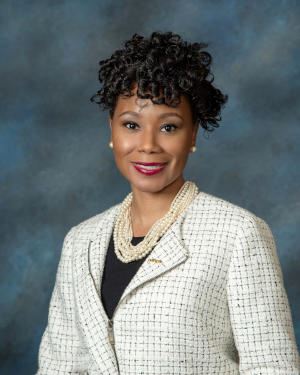 Shenise Turner-Sloss is a wife, mother of three young children, and Dayton native who enjoys participating in community service projects with her family, reading, and gardening. She’s a proud graduate of Dayton Public Schools and earned a B.A in Political Science from Fisk University (Nashville, TN) and an M.S. in Administration from Central Michigan University (Mt. Pleasant, MI).

Ms. Turner-Sloss has gained more than a decade of experience in local and federal government logistics, community development, and program management. As a former City of Dayton employee, she provided technical assistance in administering the U.S. Dept. of Housing and Urban Development federal funding programs, the Community Development Block Grant, the HOME Investment Partnership Program, and the Neighborhood Stabilization Program. She has earned certification in Life-Cycle Logistics, and is a Housing Development Finance Professional. Turner-Sloss is now a Logistics Management Specialist at Wright-Patterson Air Force Base where she is a proud member of the AFGE Local 1138.

Turner-Sloss is a graduate of Parity, Inc. Leadership Training and the Dayton Urban League Young Professionals and a member of the National Association for the Advancement of Colored People (NAACP), Delta Sigma Theta Sorority, Inc., the American Federation of Government Em-ployees (AFGE) - Local 1138, Our Revolution, Higher Heights, Matriots, and the Working Families Party. She also serves as a board member for the African American Community Fund, Sunlight Village, and Neighborhoods Over Politics, a neighborhood redevelopment and economic sustainability organization which she co-founded.

On January 3, 2022, Shenise Turner-Sloss became only the third African American woman to serve on the Dayton City Commission. Her four-year term expires January 2026.