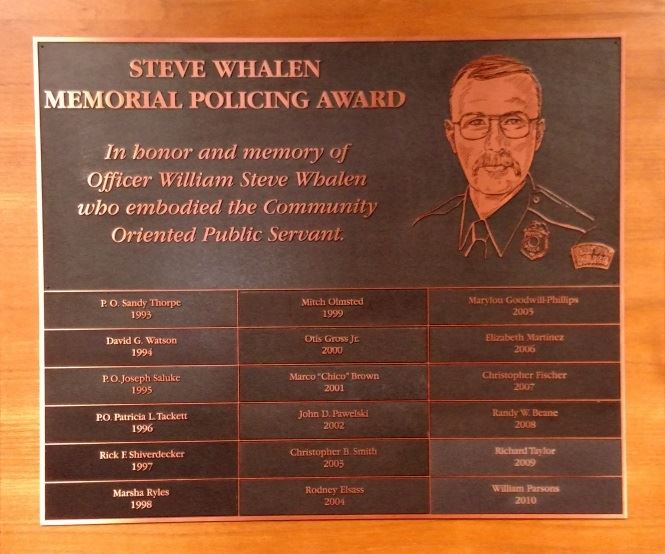 Officer Steve Whalen epitomized the community oriented servant during his career as a Dayton Police Officer.  Officer Whalen was killed in the line of duty in March 1991, however his involvement in community affairs and easy availability to both individuals and groups will always be remembered.

In light of Whalen's legacy of dedication to the Dayton community, the Steve Whalen Memorial Policing Award was established in 1993 to recognize Dayton Police Department officers whose work and commitment to those they serve mirrors that of Officer Whalen.

Each year we accept nominations for this award from the Dayton community and City of Dayton employees.

The Steve Whalen Memorial Fund Committee chooses the winning officer from the submitted nominations. The officer selected is announced and given his or her award during the annual Dayton Police Department Awards Ceremony, which will be held in late April.